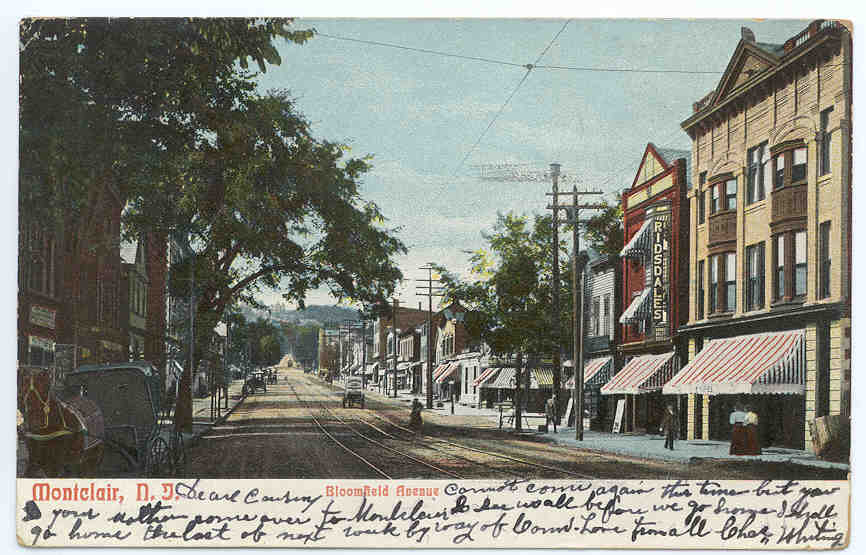 Montclair, NJ – A new orchestra has been established in the New York City suburb of Montclair, New Jersey. The Montclair Orchestra will be a semi-professional full orchestra, with players to include local area professional musicians, conservatory level students, as well as highly trained amateurs. An inaugural 2017-2018 season is in the planning, with full orchestral concert repertoire ranging from traditional classical works from Mozart, Beethoven and Brahms to modern pieces and film scores of twentieth century and contemporary composers.

The Montclair Orchestra is the concept of Montclair resident Andre Weker, a classically trained pianist and former orchestral musician. “When our family recently relocated to Montclair, one of the things that drew us to the area was the incredible amount of culture and support for the arts we saw in town,” says Weker. “It was clear that an orchestra would be an ideal complement to the other diverse cultural offerings in Montclair, and people in town have been extremely enthusiastic in the support of the project.”

The original “Montclair Orchestra” was established in 1922, with its first concert being held at the Montclair Art Museum. That ensemble merged with other groups in the region, eventually moving to Newark and becoming what is today the New Jersey Symphony Orchestra. Since then, there are many musical performances and concert series taking place regularly in venues throughout Montclair, but a permanent orchestra has never been re-established, until now.

In addition to Weker, others involved in the startup include Robert Cart, the Director of the John J. Cali School of Music at Montclair State University, and Rose Cali, a patron of the arts who also has ties to the Montclair Art Museum and Montclair Film Festival. “One of the goals of The Montclair Orchestra is to become a permanent fixture within the community,” says Cart. “Our goal is to build ties with the residents of the town, in addition to collaborating with the other local institutions such as the Art Museum and the Film Festival. The Montclair Orchestra will also help MSU strengthen its ties to the community at large, with our students becoming more acquainted with residents and venues in town, and in response residents attending concerts at the University’s venues.”

A search for a Music Director has begun, and auditions for musicians will be held in the spring of 2017.

Apply here.  No rush yet.