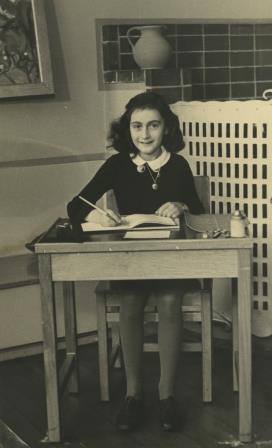 About Turn Theatre’s production this week of Grigory Frid’s opera on the diary of Anne frank has drawn such a volume of holocaust denial posts that the company’s artistic director, Dan Hyde, has issued the following statement:

About Turn Theatre’s staging of Russian Composer Grigori Frid’s opera ‘The Diary of Anne Frank’ has been met with a barrage of online abuse. The company’s Facebook page has been subjected to messages denying the
holocaust and suggesting that Anne Frank’s diary is a fake.

The company has attempted to refute the claims, writing: “We have to state that any suggestion that the diary is inauthentic has been thoroughly debunked. The diary is real. The holocaust was real. People’s suffering was, and is real. This is the company’s final word on this matter.

Frid’s opera, premiered in 1968, has been staged in many countries. It is a wretched, dehumanising sign of our times that an opera about a child in hiding should become a magnet for anti-semites and Holocaust deniers.