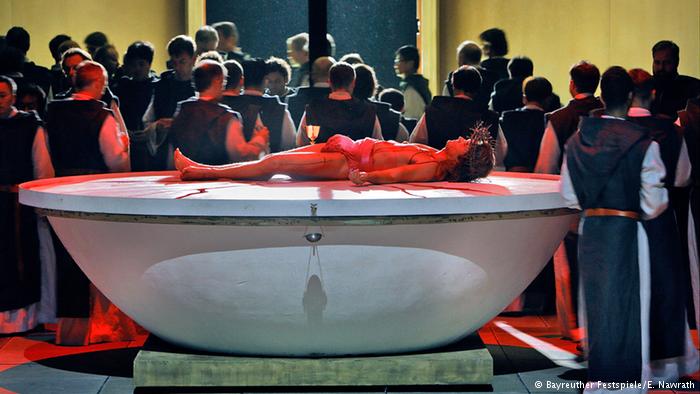 After all the fuss and hyper-security, the festival’s opening night was loudly cheered – with exceptional ovations for Bayreuth favourite Klaus Florian Vogt in the title role and for conductor Hartmut Haenchen, who stepped in at three week’s notice for a disaffected Andris Nelsons. Musically, most agreed, the performance was of the highest quality.

But the authoritative FAZ critic Eleanore Buening, in a post-premiere broadcast, called Uwe Eric Laufenberg’s production ‘cheap and cliched’, while  Bernard Neuhoff on Bayerischer Rundfunk found it ‘weakly executed, often boring and not free of kitsch‘. Others dismissed it as ‘provincial’ and full of colonial stereotypes.

The Financial Times calls the production ‘a washout’.