From an interview today with the gushing editor of London’s freesheet:

Rattle was impressed that Mayor Sadiq Khan managed to see him conduct Pelléas et Mélisande  at the Barbican in the middle of the mayoral campaign. He is a big fan of the new mayor. “I mean, what a fantastic thing for London, and how wonderful on day two to have an enemy in Donald Trump. What a feather in the cap for London. I was thrilled that Sadiq Khan was so in support of the idea of culture being at the centre of a city and the idea that it is everyone’s right. It can’t be a matter of privilege or chance. It should be something everyone can have in their life, and that means knowing what it is.” 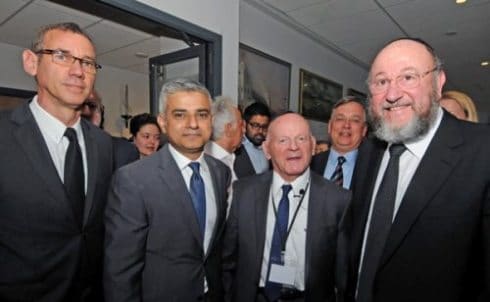