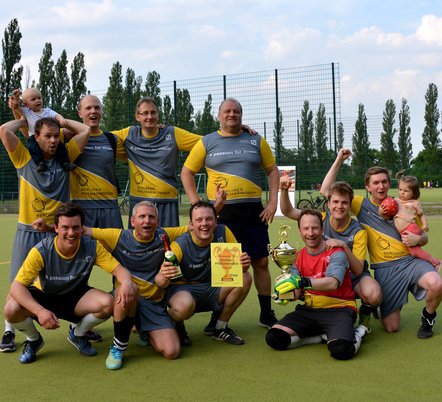 The inter-Berlin orchestra championship ended today with a weak victory for the Philharmonic, who seem incapable of scoring a goal in open play.

They beat the Deutsche Sinfonie Orchester (DSO) on penalties in the semi-final and the orchestra of Deutsch Oper by the same method in the final.

The BPO team seem far too pleased with themselves.

Wait til Louis Van Gaalhoven arrives as the new manager.