Richard Elliott, Lecturer in Popular Music at the University of Sussex, has this take on the purple icon:

… A truly eclectic and classical artist.

For this is what Prince was: not in the narrow sense of his interest in Western classical music, but in a far more liberated and liberating understanding and extension of the varied streams of a black classical music tradition that incorporated gospel, jazz, R&B, rock and roll, soul, funk, hip hop and more.

Your views on classical definitions? 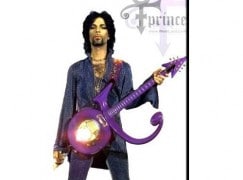