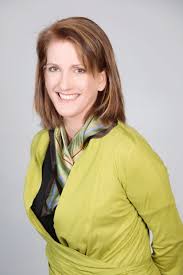 Kim Gaynor, managing director of the Verbier Festival for the past decade, has been named general director of Vancouver Opera.

Vancouver, BC ~ The Board of Directors of Vancouver Opera is delighted to announce the appointment of Kim Gaynor as the company’s next General Director, effective July 1, 2016. Ms. Gaynor will replace James W. Wright, who is retiring after 17 years in the position. Kim Gaynor is a highly regarded Canadian administrative leader with more than 30 years in influential and senior positions with cultural and performing arts institutions and festivals in Canada, the United Kingdom, and continental Europe.

She comes to Vancouver Opera from the Verbier Festival, a popular and respected international music festival in Switzerland, where she has served successfully as Managing Director for the past 10 years. Created in 1994, the Verbier Festival offers 65 classical concerts over 17 days and a range of educational activities including a professional music academy. Before her tenure at Verbier Festival, she was Managing Director and Co-founder of Festival Retz, a chamber music and chamber opera festival in Austria; the administrator of the Yehudi Menuhin International Violin Competition, in London, U.K.; and Head of Marketing Administration at Royal Opera House, London.