Otto Werner Mueller (1926-2016) was a giant in many respects: physically at over two meters in height, intellectually because of his incredible analytical mind, and musically both as a teacher and as a conductor, especially of conservatory orchestras at Yale, Juilliard and Curtis. His first position in America was at the University of Wisconsin at Madison. Born in Germany, he immigrated to Canada and eventually became a proud American citizen.

Students in his orchestras and in his conducting classes often endured a psycho-drama that ran the gamut from respect to fear, from anger to admiration, and finally to love and back to respect. His entrance test for conductors was a legendary ordeal that tested the aural, keyboard, and intellectual capacities of a candidate. Only after surviving this baptism of fire were they permitted to conduct a “lab” orchestra of students in a work of the candidate’s choice and the celebrated Mueller reduction for small orchestra of the “Glorification of the Chosen One” from “The Rite of Spring.” Those who showed a talent that attracted the ears and eyes of the Maestro were given a brief lesson in front of the orchestra. If the candidate’s potential and docility were compatible with Otto’s uncompromising standards, the chosen one gained admission to the Mueller studio which numbered between three to five students, with one or two admitted each year as others graduated.

At Curtis, students coveted a place in the Lab Orchestra because they learned so much about orchestral playing and conducting technique while they observed their fellow students on the podium reacting to Otto’s inimitable teaching style which included compliments, cajoling, critical remarks, and occasional Zeus-like thunder bolts of short-lived paternal anger. His teaching approach embodied the proverbial velvet glove covering an iron first even though the iron melted a bit over the years. Unforgettable musicianship is the term most often heard from former students concerning OWM, with lasting influence running a close second.

The list of his students who are currently musical directors of orchestras around the world is impressive. At Curtis, he had 38 students between 1986 and 2014. His classes at other schools also boasted many successful graduates who are currently pursuing careers on the podium. Otto Werner Mueller, musician, teacher, conductor, and remarkable human being…we will never forget you. 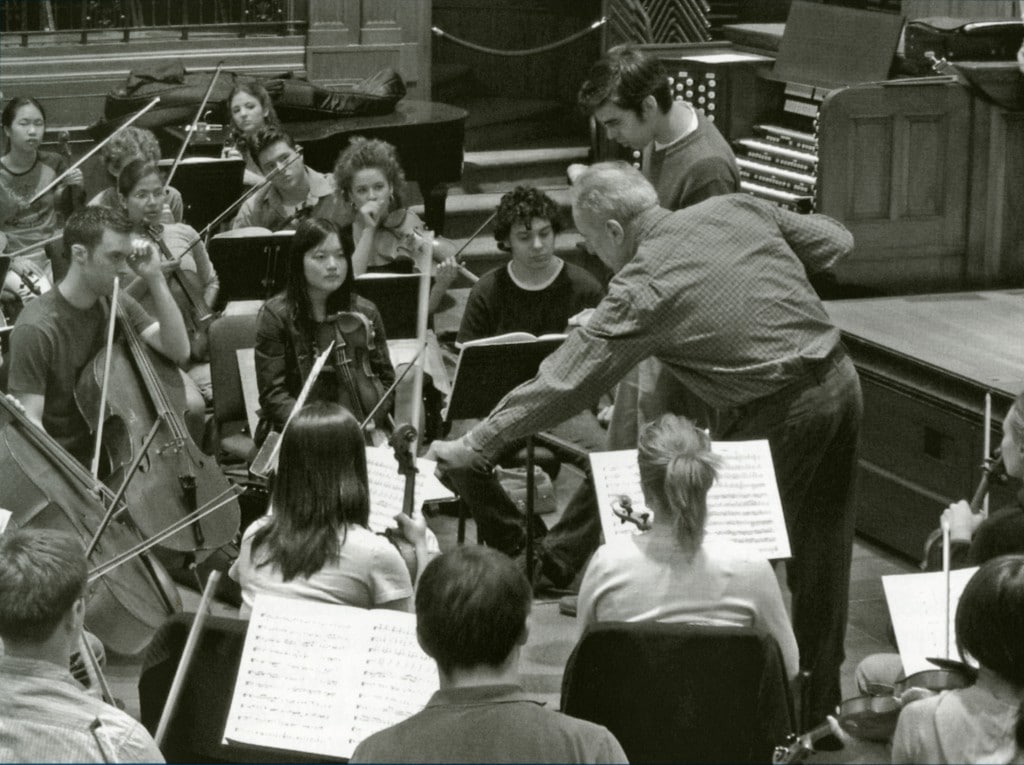