Oboist who played flat won’t get his job back

Pierre Roy was fired twice from the Buffalo Philharmonic for disruptive behaviour. He was allowed back the first time after promising to take an anger management course. But his appeal against the second dismissal has just failed.

The judge said that Roy, 51, had received a fair hearing. Witnesses testified that Roy ‘defiantly questioned the maestro’s direction … and made off-color remarks to his colleagues that were perceived as insensitive or offensive.’ His attorney said: ‘The bottom line is that Pierre Roy is a brilliant and incredibly accomplished oboist, a world-class musician. To say that because an artist might be temperamental that he’s unfit to play with an ensemble just contradicts the truth.’ 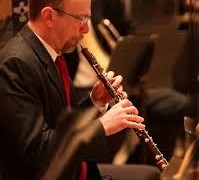