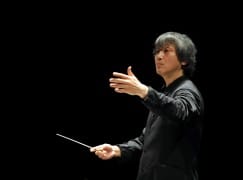 The last musician to win the prestigious Asahi Award for achievement in the arts was Seiji Ozawa – and that was way back in 1985.

Today, the awards committee have announced Kazushi Ono as Asahi winner for 2015, in recognition of ‘his energetic activities in Japan and abroad as a conductor’.