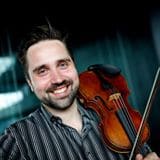 This just in from Ari Vilhjalmsson, principal second violinist in the Helsinki Philharmonic:

About 2 hours ago, I was refused to board flight DY 3160 from Copenhagen to Helsinki, because I would not agree to put my violin in cargo. I’m a professional violinist, and was travelling with my instrument valued at EUR 200,000.

At check-in, the attendant said that I had to buy a ticket for the violin. I replied that I’ve been flying for 25 years with my instrument and never had a problem. She called the gate and was told to let me up, and they would see whether I could board or not. Then, she put a comment in the computer system about my violin. When I reached the gate, my boarding pass would not let me through the scanner (due to the comment, I’m sure), and the gate agent told me that I would have to put my violin in cargo. Since I would not, he said that I couldn’t fly. When I asked if he or someone could check if there was room on the plane, he just said no.

I have flown many times with Norwegian in the past, and have never had trouble with my instrument. Many of my friends and colleagues regularly fly with Norwegian with their instruments and have not encountered problems either. I don’t know why this was such an issue this evening. Honestly, I felt as if the check-in attendant and gate attendant were on a crusade not to let me board the flight with my violin.

When buying this ticket, I had the option to fly SAS or Finnair. I chose Norwegian because the departure time was convenient and the price was lower. But due to the seemingly arbitrary action of your employees, I will certainly NEVER fly with Norwegian again, and I will encourage all of my musician friends and colleagues to do the same. Every day, thousands of violinists and violists get on planes. Our instrument cases fit perfectly well in the overhead bins, even when orchestras go on tour and there are 30-40 violin/ viola cases on board. This policy, which obviously is only enforced depending on which employee is working, is completely ridiculous and in essence discriminatory to the unlucky few who are refused to board.

I paid DKK 400 / EUR 50 in overweight fee for my suitcase. I would at least like a refund of that.

As far as we are aware, Norwegian was in contravention of EU law. There may be other remedies open to Ari. But in the meantime, beware of flying Norwegian.

« Look what Shostakovich did to my fingers

Grumiaux’s violin is back in play, from tomorrow »