A Hollywood composer confronts his abuse at an English school

I met Stephen Endelman a few years back when he was working on Bruce Beresford’s biopic of Alma Mahler, Bride of the Wind. He had a long list of credits and a crammed diary.

What I did not know was that Stephen was a victim of a teacher’s abuse at school. He has since testified at the man’s trial and is now seeking funding to film a reconciliation with his lost childhood. 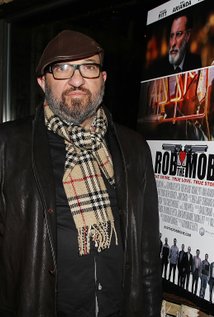 I was a victim of sexual abuse when I was a young boy from the age of 11 it went on for 2 and a half years. I want to tell my story so that other boys might come forward and tell their stories. We are not alone. 1 in 5 boys and 1 in 3 girls will be abused by the age of 18. The only way to end this is by exposing it and helping the victims! Read below and please donate so that I can make my film and launch my charity, Consent!

A BOY A MAN AND HIS KITE

My name is Stephen Endelman. I’ve spent the last 20 years writing music for films and television in Hollywood.
I was the victim of sexual abuse as a young boy. My abuser was sentenced to life in prison this past Novemeber. I went to London as a witness for the prosecution, it was the most empowering experience.  I’m making a short film which I hope will launch a charity called Consent. My abuser without my consent sexually abused me for almost 3 years for his own sexual gratification. My film explores the effects of my abuse along with me confronting my abuser.

In 2009 whilst on a TV show for ABC and a movie for Gale Anne Hurd I got deathly sick and eventually found myself lying in a coma. My friends and family weren’t sure if I would live, or if I did live, how I would recover. I did live and I recovered. After I recovered I began to question why’d I gotten so very sick. During that process  I explored many healing modalities. As part of that process I composed three pieces of music, a short film, and a book. Together they explore the reason for my sickness and what I’ve learnt from my near death experience. This campaign is to raise money for the film. The short film explores the reason I believe I got sick, the abuse I suffered as a child and the way I repressed those feelings for almost 30 years. I want to inspire others to come forward and share their stories and confront their demons.

My mission is to reach as many people as possible and inspire them to believe that there is life after abuse and illness. In supporting this film you will be enabling the recovery of abused victims.
If you can help Stephen, please click here.