The composer’s assistant, who died last week, recalls the dramatic events surrounding the great man’s obsequies in Venice, 44 years ago. Ezra Pound was there.

Craft will be buried at the same location. 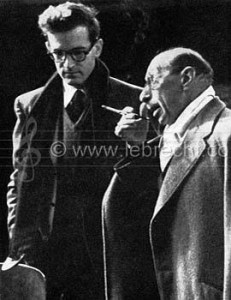