Singers responded by moving their Beethoven rehearsal to the lobby and belting out the Ode to Joy, as you can see below. They also unfurled a banner proclaiming Stop Racism. 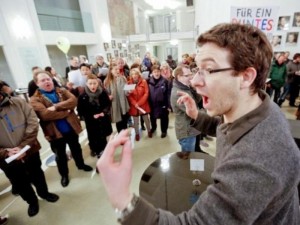 Now the singers are facing a criminal prosecution for infringing the rights of the demonstrators by singing too loud. 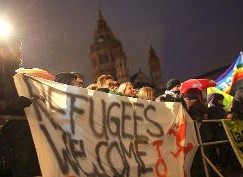