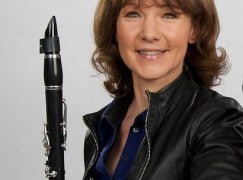 ‘My clarinet came off the back of a car’

A terrible thing happened to British clarinettist Emma Johnson on her way to last Friday night’s concert. ‘My clarinet fell out of the back of the car,’ she told friends. ‘I arrived at the venue with no instrument…..nightmare.’

Emma had driven to Gatwick Airport to pick up the Engegard Quartet, her concert partners. The car boot was jam-packed full of the quartet’s instruments, with Emma’s clarinets on top. After driving about five minutes they realised the boot was not fully shut so they stopped to secure it. When they reached the venue, at Ringwood, in Hampshire, Emma realised that the case containing her clarinets had fallen out of the back of the car.

The quartet played the first half of the recital without Emma while Peter Eaton, her clarinet maker, raced in with a clarinet he had just finished. Peter arrived, saving the second half, but Emma was distraught at the loss of two clarinets (B flat and A) as well as her treasured mouthpiece and a box of reeds.

Late that night she drove back to Gatwick to look around – in vain. ‘Losing an instrument is like losing your voice!’ she says. Nothing doing.

On Saturday, she tried phoning Gatwick.

What do you know?  The clarinets had been handed in to Lost Property. 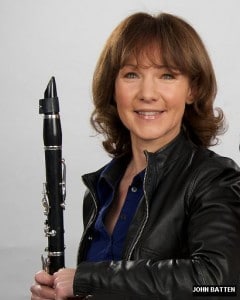 For once, an airport story with a happy ending.

« A Canadian fly on Liza’s wall

One thing’s for sure: The New York Philharmonic will pick the wrong man. Again »