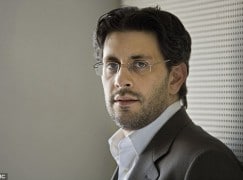 Danny Cohen, director of BBC television and the brightest spark in its upper echelons, has shocked the Corp by deciding to quit, saying he needed ‘new challenges’. Cohen, 41, was widely expected to succeed Tony Hall as D-G.

A fervent loyalist to the BBC cause, he blotted his record by rallying stars to support the Corp against Government attacks. He will depart next month, leaving the BBC much weakened at the top.