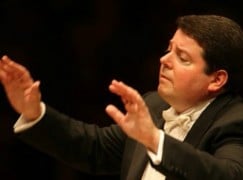 Breaking: US music director steps down from two orchs

Andrew Litton, 56, is shuffling his pack. He has told the Colorado Symphony, where he only recently renewed, that he wants out after the end of this season.

He is also leaving the Bergen Symph in Norway.

Instead, he will be music director of New York City Ballet (NYCB), which is closer to where he lives.

US classical sales are paralysed by insomnia »