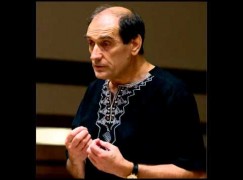 An orchestra at war with its powerful conductor

Two months ago we were approached by musicians of the Symphony Orchestra of the Bulgarian National Radio (BNR) with lurid tales of the breakdown of their relationship with chief conductor Emil Tabakov. Since much of the material was highly subjective and the orchestra of limited international interest, we declined to publish it.

Since then, much has happened.

According to the musicians, Tabakov, 68, was suspended by the director of BNR’s music department for ‘systematic violations of his labour profile and endless conflicts with the orchestra.’ Tabakov called in political allies – he is a former Bulgarian Minister of Culture – and hit back, forcing the director’s suspension and returning to his podium.

‘Our indignation,’ say the musicians, ‘is enormous’.

Not much we can do from the outside, except to point out that all is not well in the musical state of Bulgaria.

On a rainy day in Paris, Henri Dutilleux gets his due »