Evelyn Lear: ‘Why should the audience be tortured’

The next in our series of Bruce Duffie interviews is with the first American soprano to break into the European new-music scene. She has some fabulous things to say about technique … and about concerthall formality: 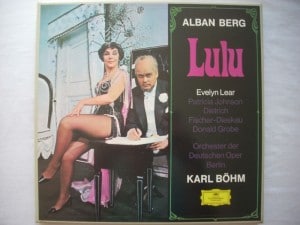 ‘When you go to these lieder recitals and the soprano or the tenor or the baritone tucks his hands under his chest and sings just to himself and everybody’s supposed to be quiet, and God forbid you should applaud between numbers, I think that’s horrible.  I hate that.  I hate any kind of pretension, but that’s me.  I hate any kind of thing that is formalized.  I think art is entertainment and entertainment should be art.  That’s what it’s about!  It’s communication and love being the vessel of what the composer intended, rolling it out across the stage to the audience to have them enjoy it!  Why should they be tortured?’