The Prince of Wales has announced a new official harpist.

She’s Anne Denholm, 23, from Carmarthen, and she replaces Hannah Stone, better known as Bryn Terfel’s other half. 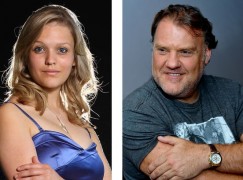 We hear that Michele Zukovsky is to retire from the Los Angeles Philharmonic orchestra five days before Christmas – and that will be a farewell party worth attending.

Michele joined the orchestra aged 18 on September 9, 1961, playng alongside her father Kalman Bloch and eventually succeeding him as principal clarinet. Jascha Heifetz was a cousin on her mother’s side. Michele is orchestra royalty, not easily replaced.

Auditions for a successor will be held in October. Meantime, Michel joins the Slipped Disc list of the world’s longest serving orchestral players at #20. 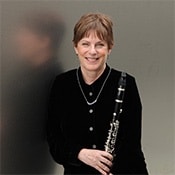 On the morning of the First cricket Test, Australia has claimed its first English scalp.

What’s Perth got that Brum lacks? (Suggestions below, please.)

The loss is a serious one for the CBSO, which is entering an interim period without a music director after Andris Nelsons (pictured with him, below) left for Boston. 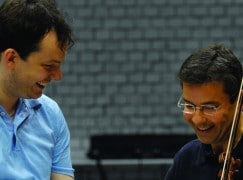 On the morning of the first Ashes Test against Australia in Cardiff, the England captain Alistair Cook has let it be known that he as agreed to be a patron of the Friends of Newport Cathedral Choir.

Cook was once a boy treble at St Paul’s Cathedral.

He says: ‘It is great to be asked to be a patron of the Friends of Newport Cathedral Choir. I still use many of the skills I learnt as a chorister today.’ 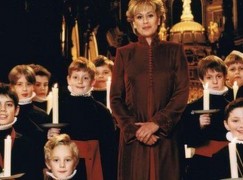 Name any other captain of a nation in any sport who is proud of having received a proper music education.

Sources deep within the Staatskapelle in Berlin are telling us that the orchestra has been asked to accompany Chancellor Angela Merkel to Teheran in October for the signing of the nuclear agreement – if it is finalised by then.

Visas are being quietly requested by the Staatsoper for the orchestra, and for its music director Daniel Barenboim, whose first passport is Israeli. Barenboim also holds Spanish and Palestinian passports. Guess which one he will show in Teheran. 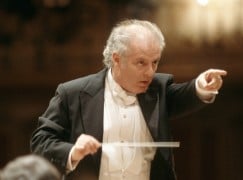 Alexander Pereira, general manager of La Scala, has been awarded the Pro Arte Europa prize of the Herbert-Batliner Europa Institut. It’s worth 30 grand in Euros. 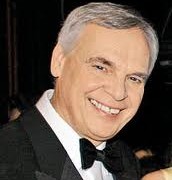 Ivan Fischers has just renewed his contract as music director of the Berlin Konzerthaus until mid-2018. That’s a reassuring sign of stability after all the upheaval elsewhere. 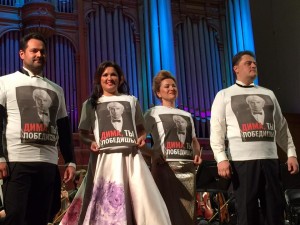 The baritone is undergoing treatment in London for a brain tumour.