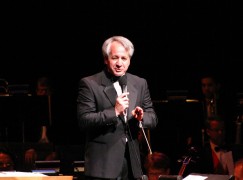 There were murmurs of discontent when the Brazilian conductor last year flew in as principal conductor of the Malaysian Philharmonic, an orchestra boycotted by international organisations for its brutal dismissal of mostly non-Asian musicians.

Today, we hear that Mechetti has resigned. He told a Slipped Disc source that he had been treated ‘unprofessionally, unethically and with disrespect’ by the orchestra’s management. He told the orchestra he had been prevented making improvements in ‘certain areas’.

He quit during a week of Mahler Sixth performances, delivering an unscheduled third (or fourth) hammer blow.

The MPO has reconfirmed its status as an international outcast.

Though there will be no shortage of desperate applicants for its vacant podium.