His own credits include composing the Mission Impossible theme music for the second series, according to Variety, and working with the Grateful Dead on Twilight Zone. 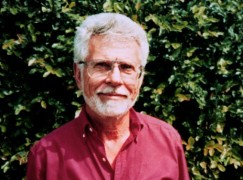