What’s the best place for an orchestral player to live?

When we ran the question of best country past opera singers a few months back, the consensus seemed to be that Germany offered the most opportunities, the best living conditions and the greatest satisfaction.

Britain has lots of work but not always the job security to go with it.

Switzerland has lovely views and moos.

Across the US, conditions vary widely. 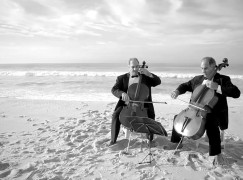 Actually, it comes down to cities.

London, Berlin and New York are magnets for orchestral musicians because of the sheer diversity of work and contacts.

Vienna, Los Angeles and Paris are getting to be that way. Munich may well have the best lifestyle for singles, followed by Amsterdam, Sydney and possibly Shanghai .

Or do you find otherwise?

What’s the best (and worst) city for a classical musician to live in 2015?

(If we get enough responses, we’ll create a chart).