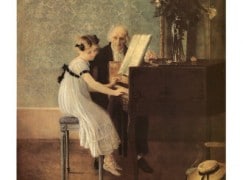 ‘From my own music education, I know four suicides’

The anti-abuse campaigner Ian Pace has written a powerful, personal article in the current issue of Music Teacher magazine on the need to safeguard students of all ages at music institutions. Here’s a sample:

From those I encountered during my own

musical education, I know of at least
four suicides – not to mention other
lives plagued by alcohol and drug abuse,
chronic depression and more. Clearly,
responsibility for such problems does
not lie entirely with the institutions,
but it is vital that colleges take the
emotional wellbeing of their students
more seriously.
Those who enter specialist music
education are made immediately aware
of the privileged world they are entering,
and of their limited chances of achieving
career success. Such a situation creates
an aura around those who teach them
and who, to some extent, hold some of
the keys to that success.

I will be forever
haunted by the stories of the violin
teacher who would tell his 14-year old
female students how he was the one
person who realised their true potential,
but could only help them realise this if
they demonstrated their total trust and
faith in him, which would be followed
by a suggestion that they strip naked to
play in front of him. On other occasions,
fully aware of their vulnerability and
insecurity at that age, he would devise
means of reducing them to tears at the
beginning of a lesson, in order to take
them on his lap seemingly to comfort,
but in reality to abuse, them.