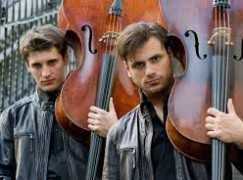 An unfortunate accident has halted the 2Cellos US tour.

The injury is to Stjepan Hauser’s neck.

UPDATE: A press release said: ‘The group apologizes to their fans and looks forward to returning to the US after Stjepan has healed.’

2Cellos are a crossover duo from Croatia, signed to Sony Music Masterworks.

2nd UPDATE: A Sony executive informs Slipped Disc: ‘I am happy to report that the injury is not serious, however, per medical recommendation, Stjepan has been advised to take a few weeks to recuperate.’

« Why the BBC has to Fach up the Proms

The amazing life and tragic death of Bolshoi’s American leader »