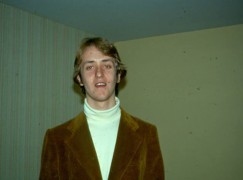 Oh for the days when every college had a classical DJ…

The composer Philip Glass in his forthcoming memoirs, writes about his early days on the road:

I traveled without any money whatsoever for promotion and advertising, but I had LPs with me and not just to sell at concerts (though we did that, too). There was, I soon discovered, especially in the States, a network of college radio stations operating everywhere. There was always some bleary-eyed college kid with an all-night radio program. It was dead easy to get on the program, especially with a new LP, which they were happy to play in its entirety. One such young man I met in that way was [ … ….] who had an all-night radio program on Columbia University’s WKCR.

OK, so for no prize money at all, name the bleary-eyed kid who spun the Columbia turntables around 1972. 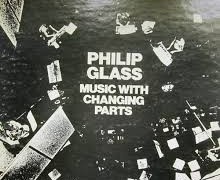 He went on to greater things.

UPDATE: For those of you who haven’t guessed his identity, here’s a non-bleary-eyed pic from the time.

« Social and personal: Hilary Hahn is expecting a baby

Julian Lloyd Webber is reborn as head of conservatoire »