Gehry has only designed one opera before – Mozart’s Don Giovanni in LA, 2012.

He is presently working on a concert hall for Barenboim’s West-Eastern Divan Orchestra in Berlin. 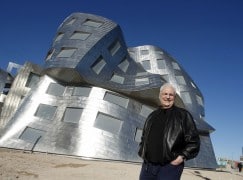