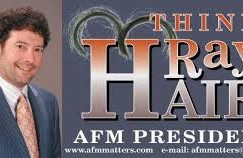 Svetlana Lunkina, a prima ballerina who moved to Canada in 2012 after death threats were made against her film-producer husband, has officially severed her ties with the company. For the past two years, she has been on indefinite personal leave. She told Izvestia today that she was subjected to intrigues’ by the leadership. Previously, she alleged that the Bolshoi was ‘a giant brothel‘ where dancers were made to sleep with oligarchs in order to secure good roles. 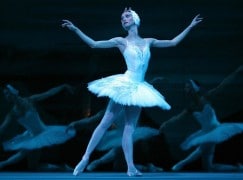 We have been informed that Nicolas Sluss-Rodionov, chorus manager of the Milwaukee Symphony Orchestra and a talented singer and organist, died last night at the age of 33. He was in a car crash on March 20 and had been in intensive care ever since.

Nic’s title was Production Assistant and Chorus Manager. He was scheduled to be the bass soloist in this weekend’s MSO Chorus concert. 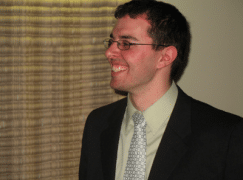 In the April issue of Standpoint magazine, I have a stab at assessing who actually needs a new concert hall in the second decade of the 21st century. Paris has just built one, amid ongoing controversy. Munich has baulked. Warsaw has green-lit a project. And London has got a ‘feasibility study’.

But a good orchestral hall costs half a billion in hard currency and public support for a declining art form is getting harder to rally.

All agree, for instance, that Nouvel has built Paris a modern marvel (even if the architect removed his name from the building over its over-hasty completion). The questions are whether the new Philharmonie is worth the money—does it represent £300 million of added value?—and whether it is needed at all. Paris took a political decision to stop orchestral music at the Pleyel because its audience was ageing and bourgeois. The Philharmonie is meant to attract young couples who live around the city’s periphery. But can they afford the tickets? Will tourists find it? In an age when people access concerts online, regardless of acoustic distinction, can a new concert hall be justified at the expense of a children’s hospital or an old-age home? 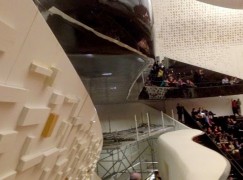 The Scottish mezzo-soprano Karen Cargill has just posted a beautiful tribute in the Guardian to her beloved friend, whom she met in December 2011, while working together on the Metropolitan Opera Ring.

Maria was an incredible musician who you felt spoke directly to you – she was a true communicator. Her voice had a beautiful bronzed hue, full and round; the warmth of her personality always shone through. She loved singing, it was who she was. A more elegant and poised woman you couldn’t hope to find and yet underneath was someone whose laughter was deep, guttural and contagious, who loved cheesy pop music and had the stamina to dance all night. 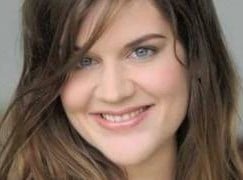 Heidi Melton, the third friend in their group, remembers Maria on CNN here.

We hear from a very well-placed source that the New Yorker is refusing to publish a letter from the Metropolitan Opera that claims alleged inaccuracies in its recent feature on the company. The New Yorker is backing its reporter, as it should. The letter is signed by officers of the Board, but its language belongs identifiably to Gelb.

Since some readers couldn’t read the small print in our original offprint of the letter, here’s the full text:

Although the New Yorker is highly regarded for the integrity of its reporting, James Stewart’s piece about the Met is seriously lacking in a number of ways. In the 72 hours prior to the closing of the piece, several hundred facts were checked for accuracy with the Met’s staff. Most were wrong. While many mistakes were corrected, the article still has numerous errors and misleading statements.

For example, Stewart cites various sources to confirm that opera ticket sales are generally up, except at the Met, which is denying reality. There have been numerous surveys, such as the 2014 LaPlaca Cohen study, that show tickets sales for opera and classical music have been flagging across the United States in recent years.

Stewart says the FY13 salary figures the Met cited during union negotiations for the orchestra were inflated by a season with unusually long operas when in fact average orchestra pay was at basically the same level as in the prior season: $196,000 in FY12 and $133,000 (sic) in FY13. While the unions and the Met struggled during last summer’s negotiations, they ultimately reached an agreement that have (sic) significantly lowered costs and that will enable the Met to wipe out its previous $22 million deficit. Stewart fails to make this connection.

Stewart’s article inaccurately states that the unions now have “oversight” over the Met, which is not the case. Rather, there is a contractual mechanism for verification that cost cutting and equality of sacrifice between unionised employees and administrative staff has been achieved.

Stewart quotes an honorary Met Board member who says that at Board meetings, ‘Now you just listen to Mr Gelb.’ Since the honorary Board member in question hasn’t attended a Board meeting in person since Mr Gelb became General Manager nine years ago, it seems unlikely that he would know.

Stewart attempts to give the impression that the Board is divided. In fact, the Board solidly supports Gelb and is united in its commitment to securing the future of grand opera, the Met and its employees.

The Liceu in Barecelona has released video of Maria Radner as Erda, and Oleg Bryjak as Alberich, the roles they last sang in Siegfried on Saturday, before their tragic deaths in the Germanwings crash.

The highly-regarded music director of Bavarian State Opera has been telling German media that Bayreuth has demanded too much from him these past three years.

‘In a Bayreuth season I conduct 14 performances,’ he recounts – three complete Ring cycles, plus extras, four to six hours a night. ‘The next morning, every muscle hurts.’

He can’t remember what it’s like to take a summer holiday. July and August are taken up by Bayreuth. Two weeks into September the new season starts in Munich.

‘Two weeks is not long enough to recover. If Bayreuth had given me just one opera, I might have lasted five years.’

We are distressed to share news of the death, in his sleep, of the well-liked, modest and warmly adventurous New York pianist, Joseph Smith. He was 66 and had not been previously unwell. 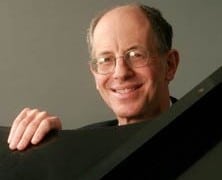 His show “Joseph Smith’s Piano Bench” aired for two years on NPR’s Performance Today and his column, “Rare Finds,” appeared in Piano Today magazine from 1993. He was editor of eleven piano anthologies and made several recording, mostly of newly discovered works.

Benita Meshulam, a close friend, writes: ‘Joe was the most curious musician I have ever known, always looking for forgotten works, studying them thoroughly. He was interested not only in the works but the composers and investigated everything. He was a pianist who didn’t care about the condition of the pianos he performed on. It was his message that he wanted to get across–a real musician’s musician who lived and breathed his art. He was also the kindest and most generous colleague.’

He made an appearance in Ethan Hawke’s recent movie ‘Seymour’, about his mentor, Seymour Bernstein.

Remember when Josh played his Strad at L’Enfant Plaza Station in Washington, D.C., earning $32.17 in 43 minutes from seven passersby? It happened on January 12, 2007. Now your kids can read about it in The Man with the Violin by Kathy Stinson, illustrated by Dusan Petricic (Annick Press, $19.95) 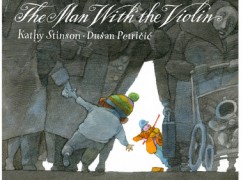 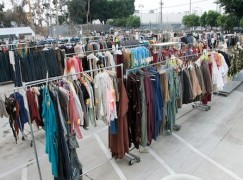 Gabriela Luján Maumus, 28, from Buenos Aires, was bass player in Asalto al Parque Zoológico (Zoo Assault), a rock band. She was flying home from a Spanish vacation with her boyfriend, Sebastián Gabriel Greco. Their names were released for publication last night.

The opera world is in mourning for Oleg Bryjak and Maria Radner.

May they rest in peace. 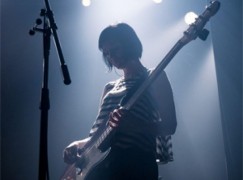