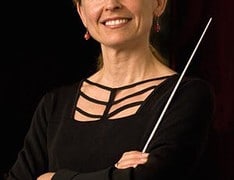 Dallas is starting an institute for females talents. 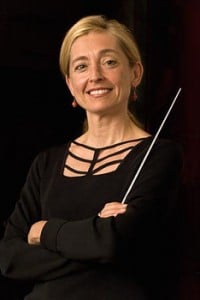 DALLAS, FEBRUARY 9, 2015 – Working to address a long-standing career issue in the opera world, The Dallas Operais delighted to announce the launch of a unique, new residential program designed to provide training and career support for distinctively talented women conductors.  Female conductors age forty and younger, as well as accomplished women singers, opera coaches and accompanists, and instrumentalists with established careers seeking a new career at the podium, are encouraged to apply.

This new program, The Institute for Women Conductors at The Dallas Opera, will be inaugurated on November 28, 2015 and run through December 6, 2015, with generous support from the Richard and Enika Schulze Foundation.

Stated Dallas Opera General Director and CEO Keith Cerny: “The Dallas Opera has demonstrated, in multiple ways, its commitment to reshaping the opera field through the use of innovative public outreach, and by exploring new technologies, commissioning new works to expand the operatic repertoire, and programming with passion and imagination.

“This much-needed program,” Mr. Cerny adds, “will enable more women conductors to add their talents and insights to our collective understanding of this marvelous art form.”

The Women’s Conducting Institute will provide participants with opportunities to

Six women will be selected for the inaugural class, and all program participants will conduct The Dallas Opera Orchestra in a public concert to be held on Saturday, December 5, 2015 at the Margot and Bill Winspear Opera House at the AT&T Performing Arts Center in the Dallas Arts District.

Those attending are also eligible to take part in an annual two-day networking event, beginning in the summer of 2016.  There is also the potential for one or more participants to be invited to serve as Assistant Conductors on future Dallas Opera productions.

TDO’s Music Director, Emmanuel Villaume, enjoys a stellar international career, which includes regular appearances at The Dallas Opera, Covent Garden, the Mariinsky, and New York’s Metropolitan Opera, as well as his critically acclaimed work as Music Director and Chief Conductor of the Prague Philharmonia and with other major opera companies, symphony orchestras and prestigious concert venues throughout the world.  Maestro Villaume notes: “I have advised many talented young conductors over the course of my career, both on and offstage, and I look forward to the chance to incorporate what I have gleaned from these experiences in support of this important new national program.

“No conductor ever stands at the podium alone.  We raise our baton with those who came before us, and those who will follow in our footsteps.

“It takes a lifetime to become completely at home on the podium,” Villaume adds.  “It was my privilege to be guided and taught by geniuses like Spiros Argiris and Seiji Ozawa, who, in turn, always quoted their own masters.  In fact, they claimed that, only near the end of their performing careers, did they entirely understand some of the comments and advice they received from their mentors.

“We are always trying to perfect our work.  I feel I am now at a place in my career, where I can begin to effectively share my experiences with the next generation of conductors.”

« A doyen of viola players has died, aged 97