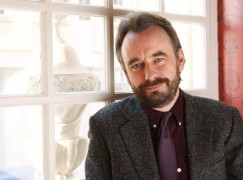 ENO’s choice: Sack him, or suck it

Two resignations in a week at English National Opera – the chairman and chief executive – have brought the figure of artistic director John Berry into sharp focus.

It is no secret that the Arts Council has been been demanding his head, in exchange for a £7.5 million sweetener. They accuse Berry of financial profligacy, if not illiteracy.

It is no secret, either, that the ENO board has split down the middle on his merits. The business side of the table are alarmed by persistent losses of around a million pounds a year. Berry contests that figure.

His supporters on the board claim – rightly – that he has given the company higher status on the world stage than any boss in its history. ENO, through Berry, has become a feeder house for the Met, Munich Amsterdam and more. He is a key creative figure at the summits of the opera world, able to call in the cream of Europe’s directors and to instal Peter Sellars as a resident artist.

In a boardroom shootout, Berry’s supporters have won – for the time being.

His opponents still think they can topple him.

But Berry has ENO over a barrel. Keep him, and the turbulence will continue. Expect further departures. The company’s media chief (a former Arts Council official) has vanished into thin air. The atmosphere is not great.

Sack him, however, and the company will vanish into a vortex of nonentity. International houses and artists will withdraw ther favours.

John Berry is ENO’s ideas bank. Without him, the Coliseum is just an expensive piece of real estate. Contrary to most boardroom leaks, I expect him to survive. The Arts Council, whose conduct through the past year has been pusillanimous, will pay up regardless. They cannot be seen to be organising a putsch at a client institution.

Our money’s on John Berry for the immediate future.

A 14 year-old girl will play in the symphony tonight »