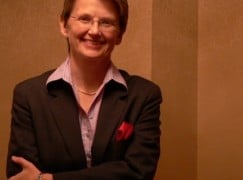 The long-unsettled Liceu opera house in Barcelona is thinking big. Having lost its stabilising chief Joan Matabosch to Madrid, it has swooped in the close season for Christina Scheppelmann, director general of the Royal Opera House in Muscat, Oman.

Scheppelmann was previously director of artistic operations at the National Opera in Washington DC, effectively artistic director in the perpetual absence of its nominal chief, Placido Domingo. She had held the same job before that in San Francisco. She knows the opera world inside out and, at an early stage, filled a junior job at the Liceu. It’s a homecoming for Christina, and relief for Barcelona.

She will start work full-time in January 2015.