The Malaysian Philharmonic, which is under an international musicians boycott for unfairly sacking US and European players, has announced the Brazilian Fabio Mechetti as principal conductor from next season.

Mechetti is music director of the Orquestra Filarmônica de Minas Gerais, Brazil, and of the Jacksonville Symphony Orchestra.

The MPO put out feelers to several bigger names to fill the vacancy, but were rebuffed.

Mechetti may face questions from his US players. 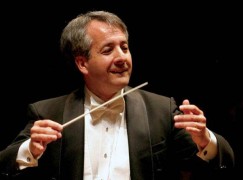