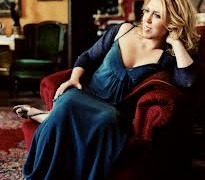 Two pianists fall out over Venezuela

Clara Rodriguez, professor at the Royal College of Music in London, has been wounded in political debate with Gabriela Montero. Here’s Clara’s response:

There is, in my opinion a dangerous situation among Venezuelans at this time in which some feel entitled to think for others and judge negatively if they feel you differ from their point of view.
In the last 48 hours , I have been the victim of an attack by my colleague, pianist Gabriela Montero through her Twitter and Facebook accounts for a tweet  I did on my own in which I quoted an article which appeared in the Guardian in March 2014.
#
Concerned with the situation in my country, seeking information where it appears and trying to draw my own conclusions as sometimes contradictory opinions are emitted by the press and private social networks. The tweet, simply said that “many of the recent protests in Venezuela would not be tolerated by any democratic government in the world.”
#
I know from experience that in the UK , where I have lived for 30 years, shredding a public space, removing manholes from avenues, putting barbed-wire across streets to kill motorbikers – apparently a “Chavista” symbol-, cutting trees by the hundreds to build barricades and stopping the traffic, especially free access for ambulances is not something that can be done without immediately getting a response from government forces to prevent it.
#
London was hit by a popular protest in Tottenham between 6 and August 11 2011, a revolt in which young men, enraged by the death of a neighbour at the hands of the police, set fire to establishments, set up barricades and burned cars. By the 15th of August there were a total of 3,100 boys arrested, of whom 1.000 were charged with crimes against persons and property of others .
#
There were a total of five people dead, none of them law enforcement officers . I honestly do not think that a Venezuelan style “guarimba” would be tolerated in this democratic country, I am in my right to say it and should not be discredited for it. I believe that opinions can be emitted in a respectful way.

Unfortunately Gabriela is not interested. She could have tried to communicate with me in private, and heard my opinion, as I would hers; I guess we would have differences but also similarities in many points. Instead, she thought it appropriate to use the artistic platform to encourage hatred, division and bigotry, to act as a sort of policeman of public morals, harassing and accusing me of saying something “incomprehensible ” and ‘ unforgivable ‘ . She says that she has ‘ unmasked ‘ me, I have never worn masks (except in carnaval parties) or worked with a political party, I do not receive money from anyone or any institution that isn’t music related for my teaching or concerts.
#
I have been insulted by her fanaticals (the term had never had such true ring to it), my CDs are being apparently burned and some more such deplorable actions without Gabriela trying to dampen the violent reactions. I have not studied economics or politics , but I need not have done that to be convinced that Venezuela will not get out of this awful crisis without dialogue and an attempt to at least understand the arguments and aspirations of those who disagree about the different situations of the present. A way to stop violence and its terrifying consequences is to try to see the “other” point of view, it’s a coin with two sides and one sole wish: PEACE for all .
#
To me the right to protest is sacred, but we must ask whether “guarimbas” render the results that we are all looking for which is a society of free thinkers working together to live together in harmony in true democratic spirit. Political fanaticism is dark , from any the side. Above all there is something that Venezuelans can not stop fighting for and it is the autonomy of reasoning. I invite the talented Gabriela Montero to a respectful exchange of views and information with the idea to opening spaces, especially the musical ones, our true vocation, the most noble of them.
#
Clara Rodriguez, London, April 1, 2014

« Video: In an earthquake, the conductor is first to leave

What the EU is for: from 2015, no more roaming charges anywhere in Europe »