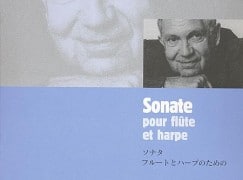 Cameron Carpenter returned to Britain this morning in time for tonight’s organ recital in Birmingham. In his first attempt to enter, he was subjected to all-night, sleep-deprivation treatment by the private sub-contractors who dictate the right to enter this country. He was then forcibly deported. Here is Cameron’s account of his experience.

If you are British, send it to your MP, with a copy to namesake David Cameron:

After flying Berlin-Munich-Birmingham, I was detained by HM Immigration at Birmingham Airport where I would remain for about the next 7 hours (with periods of questioning and FINGERPRINTING thrown in) in the detention of HM Border Force – or rather Tascor, the creepy, vague, Orwellian detention subcontractor they use to keep people awake in brightly lit rooms filled with tearstained children’s toys and assorted religious texts. I arrived around 10:30PM. At 7:05am I was escorted onto the first flight to Berlin by armed police. I then flew Birmingham-Munich-Tegel, consulting all the way with some of the best management the world has to offer. (What would become of artists not so fortunate as I am to have such representation, I fearfully wonder).

HM Immigration in Birmingham were totally unaware of the laws governing Permitted Paid Engagement – the three words artists entering the UK really need to know (in addition to Only Go Heathrow). Knowing my rights (thanks to Konzertdirektion Schmid and Atholl Swainston-Harrison at the International Artist Managers’ Association ) I landed in Berlin, took a shower and flew to Heathrow.

I was detained AGAIN, but much more briefly – where finally the supervisor realized that I had the right to enter. Which I did, and I’m here in Birmingham, about 26 hours later. I’ve missed 66% of my practice time, which isn’t fair to the audience, but I will appear and NOT CANCEL OR POSTPONE TOMORROW. I got your majesty’s service right here, pal.

Death of an oboe legend »