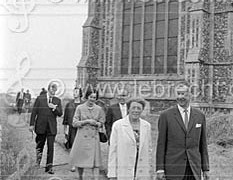 Peter Gelb announced today through the New York Times that he has hired the London agent Robert Rattray  as assistant general manager for artistic affairs. Rattray was joint MD of the Askonas Holt agency, withdrawing last year alongside his co-joint, Martin Campbell-White, who went into retirement.

Rattray knows the vocal scene as well as anyone, principally from the perspective of the singers he used to manage. He will have negotiated and exchanged plenty of contracts with Gelb and James Levine. He is no stranger to the Met.

Rattray succeeds Sarah Billinghurst, a New Zealander. Past incumbents of this vital role all the way back to Joan Ingpen have been hired in London. Jonathan Friend, the Met’s artistic administrator since 1984, is British.

Why? Because Brits have one casting foot in Europe and the other in America. Very few US administrators manage that balancing act. It would be cheaper and more popular for the Met to hire locally, but this particular role is the company’s window on the world and Brits seem to do it best.

What’s going down at the Charles Ives house? »