Elizabeth Connell, a leading soprano at the Royal Opera House in the 1970s and 1980s, has died in London after a short illness.

A hugely popular colleague, she sang Isolde and other major roles with innate modesty and distinction.

South Africa born and London based for most of her career, she gave her last performance less than three months ago. Elizabeth will be mourned worldwide. Our sympathies go out to her family and many friends. 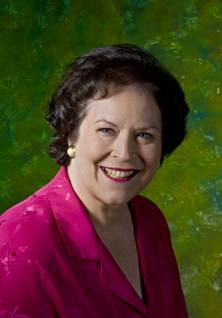 Here is a full biography:

Elizabeth Connell is acclaimed for her performances of the great Strauss, Verdi and Wagner heroines.

Following her debut at Wexford Opera Festival in 1972, she sang at the opening of the Sydney Opera House in Prokofiev’s War and Peace in 1973, and has continued to have a special relationship with Opera Australia ever since.  Following a five-year association with English National Opera, she has been a freelance artist with the major opera houses.

In concert, her performances have included Beethoven’s Ninth Symphony andMissa Solemnis and Mahler’s Eighth Symphony with conductors such as Abbado, Giulini, Maazel, Sinopoli and Boulez. In recital, she has appeared with Geoffrey Parsons, Graham Johnson, Eugene Asti and Lamar Crowsen in Milan, Geneva, Sydney, Johannesburg and at the Wigmore Hall.

Engagements in recent seasons include Kostelnicka in Janacek’s Jenufa, Ortrud in Wagner’s Lohengrin, Bellini’s Norma, Abigaille in Verdi’s Nabucco and Ariadne in Strauss‘ Ariadne auf Naxos for Opera Australia; Ortrud, Beethoven’s Fidelio and Wagner’s Tristan und Isolde at Staatsoper Berlin, Isolde in Hamburg, Senta in Wagner’s Der fliegende Holländer in Hamburg and Berlin and Strauss‘ Elektra in Berlin, Madrid, Bordeaux and Montreal as well as the Färberin in a new production of Strauss‘ Die Frau ohne Schatten in Frankfurt and at the Deutsche Oper Berlin.

Most recently, she sang Elektra in Las Palmas, Gertrude (Humperdinck‘s Hänsel und Gretel) for the Royal Opera (with worldwide Telecast and DVD release) and concerts of Jenufa with the London Symphony and Swedish Radio Symphony Orchestras under Daniel Harding as well as Fidelio with the London Philharmonic Orchestra.

In December 2008, Elizabeth Connell had a triumphant success at the opening night of Puccini’s Turandot at the Royal Opera House Covent Garden, her most recent role added to her repertoire, which for the past two seasons she has also sung in Hamburg and before that for Opera Australia.

In May and June 2010, she sang in a new production of Tristan und Isolde at the State Opera Prague, conducted by Jan Latham-König.

Her 2010 performances also included Elektra in Auckland as well as a solo recital in London St John’s Smith Square.

In February 2011, she returned to Prague for Turandot.

In October 2011, Connell took part in an an opera gala at the Bad Urach Festival, where she will be singing arias and scenes from Die lustigen Weiber von Windsor, Verdi’s Otello and Macbeth. The concert was broadcast by SWR 2 Radio.

In 2012, she was due to make her debut with the Opéra de Toulon as Ortrud in a new production of Lohengrin and to return to Melbourne as Turandot, however she has been prevented by illness to do so.

Her final performance was a recital on 27 November 2011 in Hastings, UK.

This, fittingly, was the last song she delivered in public.

« Just in: cellphone video of biggest-ever Mahler 8 in the making