We’ve been getting reports that the Malaysian Philharmonic Orchestra has laid off a concertmaster and eight other players. There are already 20 unfilled vacancies in the ranks. 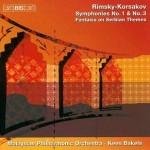 The problem doesn’t seem to be financial, as there’s plenty of oil sponsorship from Petronas to pay for high-profile recordings and cheap concert seats. There’s a residue of bad blood from the departure of founder-conductor Kees Bakels a few years back, along with complaints against high-handed management.

A Save the Malaysian Orchestra page has been opened on Facebook, but there’s low visibility around in a fog of misinformation. If you know more about the situation, do post below.