What it will cost to save Bayreuth from demolition

There’s been a rather tense meeting on the Green Hill of the Society of the Friends of Bayreuth. They have just found out that the main festival house is disintegrating. ‘Unless something happens soon, the building will fall down,’ said Wolfgang Wagner before his death in 2010. You might have thought he would have noticed the decay while he was still in charge.

They need 25 million Euros for refurbishment. My guess is that the Bavarian government will provide most of it, but do watch out for official looking letters with RW’s head on the front and a would-you-be-so-kind line inside.

The Society has commissioned – wait for it – a masterplan. From Die Meisterplanners, no doubt. 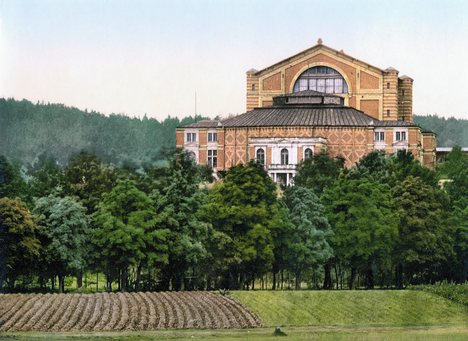 « Come cruising with the Vienna Philharmonic. Women need not apply.

In my next Carnegie Hall recital, I shall play the Torture Sonata »