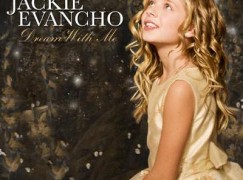 The 11 year-old Talent star who topped the US classical charts last year has trended heavily on Slipped Disc, with readers swaying one way or the other and one of America’s big music institutions stepping to deny its involvement in her nurturing for stardom.

Now my pal Tim Page has issued a solemn warning from his southern California eyrie about the bad things that can happen to young talents who are pushed too far, too fast. Read Tim here. I hope Jackie does.

« Who has Vienna booked for next New Year?