A few days after Gustavo Dudamel let it be known that his next release on DG is an LP, Nielsen Soundscan has a spike to report from the vinyl front. 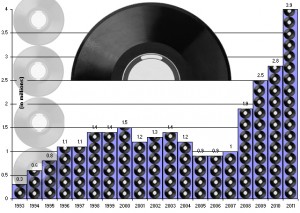 And here’s Dude’s next disc.