Kurt Nassau was a gems expert in New Jersey. He invented patents and bought and sold precious stones. He was, as they say, comfortable.

When he drew up his will, he stipulated that his entire fortune was to be left to his favourite orchestra – you know the one, the symphony, what’s it called.

So the lawyer wrote down ‘the Israel Symphony Orchestra’.

Now, the Israel Philharmonic Orchestra – claiming to be the country’s best known – is fighting the Israel Symphony Orchestra, based in Rishon Lezion, for whatever’s left of Dr Nassau’s estate once the lawyers have taken their fees. Report here.

Moral of the story: make sure you know which orchestra you follow. 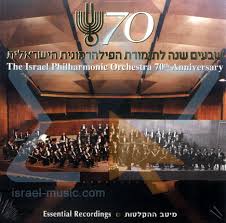 « Would you believe it? CAT scanner used to replicate perfect Stradivarius