The European Union has announced a 1.8 billion Euros ($2.4 billion) funding programme for arts and culture, starting in 2014.

Titled Creative Europe, it marks a 35 percent increase in EU support for ailing cultural industries. Here’s the first report on Irish TV and another on Artsinfo. It is the biggest arts initiative by far in the history of the EU.

The bad news is that half of it will be spent on film, which ought to be commercially self-sufficient. But the other half is expected to reach more than quarter of a million artists across the continent. Androulla Vassiliou, the EU Commissioner for Education, Culture, Multilingualism, and Youth, said in a statement: “This investment will help tens of thousands… to reach new audiences in Europe and beyond; without this support, it would be difficult or impossible for them to break into new markets.” 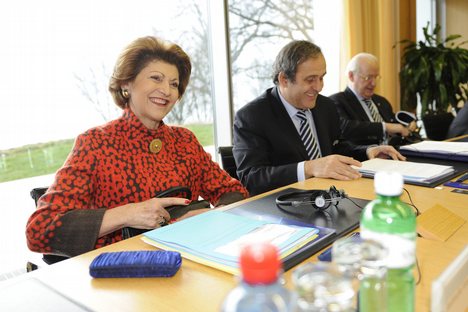 The statement came a few hours after the German Culture Minister Bernd Neumann announced a 5.1 percent increase in state ‘investment’  in the arts. Subsidy, he said, belonged to the past. This was a stake in the nation’s future.

Could this mark a turning point in political attitudes?

Tragedy in Vienna – singer hurls himself from hospital window »