The most popular pianist in history is dead

His name was Roger Williams, and that may not ring an instant bell, but his 1955 recording of Autumn Leaves was the only piano solo to top the Billboard chart. It sold two million copies and has never been beaten by another piano jockey.

The original, Les Feuilles Mortes, by Joseph Kosma was a 1946 hit for Yves Montand.

Williams, born Louis Wertz in Nebraska, was 87 at his death. 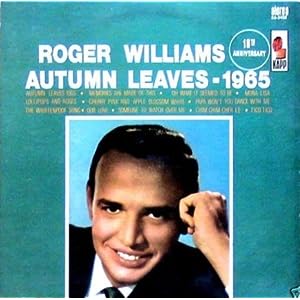