The international soloist Gabriela Montero, famed for her improvisations, is about to perform her first fully-composed work, titled Ex Patria.

The premiere is in Nuremberg on October 20th with the Academy of Saint Martin in the Fields, conductor Patrick Lange, and the theme is made clear by the title. Gabi has left her home country, disgusted by the excesses of the Chavez regime which, despite chaos and corruption, remains the darling of the world’s political left. She has sent me the text she has written to accompany her concerto. I print it below.

It is her second anti-Chavez manifesto, after decking out her last EMI record in national colours and a political lament.

Tonight, she is appearing at London’s Limelight Club with the Mahler Chamber Soloists. Catch her if you can. She delivers more fun than is legal in a formal concert hall.

As an expatriate Venezuelan, it may be of little surprise that I should wish to express, in music, a longing for the beautiful country of my birth.

However, my debut as a composer reaches beyond private nostalgia to a very public cry. ExPatria is a portrayal of a country barely recognizable from that of my youth. It is my emotional response to the loss of Venezuela herself to lawlessness, corruption, chaos and rates of murder among the highest in the world.

The opening chord is intended to jolt the public from silence and apathy. It is the immediate exposure of a tragedy which has accelerated beneath the thinnest veil of democracy with negligeable and inconsequential international scrutiny.

The motifs introduced by the french horn and piano reflect a fleeting recollection of an innocent moment, an ominous calm. The theme is quickly brutalized, corrupted and stolen by an imposing, percussive and militaristic interruption, the “martellato” section depicting the daily gunfire to which Venezuelans have grown accustomed.

Emerging from the violence, soloist and orchestra acquiesce in a slow and rhapsodic dialogue of mourning, culminating in a disconsolate and unison lament. The poetic rhapsody itself is soon subjected to a chromatic and accelerating decay, leaving the audience to glimpse the maddening disorder of a dismantled and suffocated society. 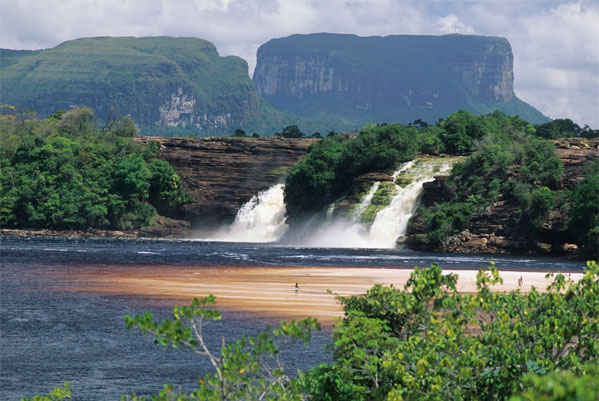 Who got Domingo his big payday in the Gulf? »