Mark Gorenstein, who caused a stir by abusing an Armenian soloist at the Tchaikovsky competition, has been dismissed from his post with the Svetlanov Orchestra by the Russian Ministry of Culture.

Last week, most musicians in Gorenstein’s orchestra refused to come off the bench in rehearsal – a kind of Carlos Tevez routine, though by players far less well paid. 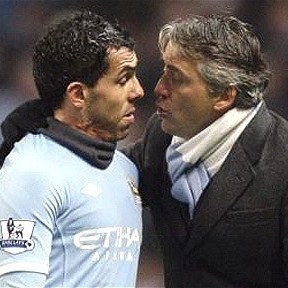 The standoff lasted four hours, with Gorenstein sitting almost alone on stage. Now the Minister of Culture, Alexander Avdeev, has told the Interfax agency that “the confrontation in the orchestra has reached a level so high that no other solution was possible.”

Gorenstein has been dismissed.

Here’s the report (in Russian). The players have told the ministry they want Valery Gergiev or Alexander Lazarev as their next chief. Some hopes.

« The Berlin Philharmonic want to change the sound of Mahler

Anyone got a spare metronome? »