Sad news: the 7th Earl of Harewood, cousin of the Queen and former administrator of the Royal Opera House and English National Opera, died today aged 88, on the family estate near Leeds.

George Harewood learned every available fact about opera from books that he read while a prisoner of war in Germany. He co-founded Opera magazine and wirked with David Webster at Covent Garden before being appointed first general director and then chairman of English National Opera, a company he dominated from the 1970s to the 1990s.

He was progressive in his appointments – always favouring bright young things – and conservative in his tastes. He pushed ENO into the Coliseum, a house too large for its audience, and grumbled away at dissonant modernities. More than one good composer suffered from his blind spots and his refusal to rethink a decision.

But he was the least huffy of aristocrats, always agreeable and accessible, ‘George’ to everyone, happy to occupy a garret of an office, which is where I first met him. He lived in Maida Vale, not Mayfair. His memoirs are full of fun and hard times with Callas (here‘s video interview) and Britten.

And, when all is said and done, he was the first blueblood in the present century to look upon opera without nostalgia, as a lively, living art form. 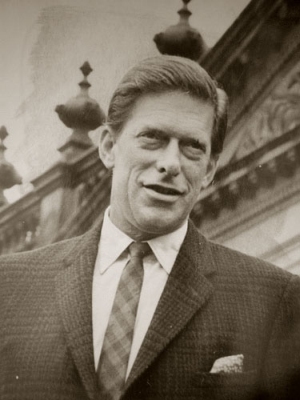