Who was Mahler's English girlfriend?

A book on Mahler in Leipzig, published for the city’s historic cycle, reveals a mass of unsuspected detail about his life there in 1886-88. Nothing that changes our fundamental perception of a very young man in an impossible hurry, oblivious to social courtesies. But there are fresh details of his living arrangements in Leipzig and his human relationships that substantially enhance our understanding of his development in his mid-20s.

At the heart of the matter stands the enigmatic figure of Marion von Weber, wife of an army officer and mother of three, with whom Mahler fell headlong in love. The romance took place while Mahler was working with her husband on a completion of his grandfather’s opera Die Drei Pintos, and it provided the impetus for Mahler composing his first symphony. That much is known and uncontested.

An essay by Sonja Riedel in the new book reveals that Marion was born in Manchester in 1856 as Marion Mathilde Schwabe. Nothing more is known of her antecedents and I’d be grateful if anyone can help me trace them. Ms Riedel takes issue with my assertion that Marion was Jewish, pointing out that a Saxon officer could not have married a Jew and that she was buried, in April 1931, a Roman Catholic. Schwabe, however, is often a Jewish name and it may well be that she discarded her original faith (as Mahler did) in order to achieve social advancement. 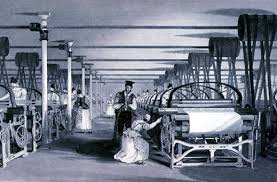 Manchester in the middle of the 19th century was a world centre of textile manufacture, attracting many immigrants from Germany, among them many who were Jewish.So what else can we find out about Marion, Mahler’s English love? All clues gratefully received.

Death of a secret genius »