Just the moment for the Israel Philharmonic to announce a new principal guest conductor, Gianandrea Noseda. 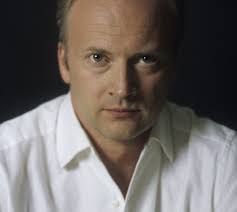 Well Zubin Mehta’s 75. Time to think of the future.

Noseda had ten good years with the BBC in Manchester and is putting in his opera years in Torino.

From the press announcement, it seems the Israelis think he might be the next Toscanini.

The Israel Philharmonic Orchestra is proud to announce the appointment of Gianandrea Noseda as Chief Guest Conductor beginning with the 2011 – 2012 season. Noseda will join a very prestigious list of Italian conductors to be associated with this great orchestra, including Giulini, Abbado, Sinopoli and Muti. It was seventy-five years ago that the legendary Arturo Toscanini founded the Palestine Symphony Orchestra which is today’s Israel Philharmonic Orchestra.

When the appointment was announced, Avi Shoshani, Secretary General of the IPO, said: “It was only the natural continuation of the beautiful relationship established between Gianandrea and the orchestra. The music-making and the harmony between us, has proven to be something quite creative and I know the future will lead us to many exciting concert performances and various activities”.

“I am honoured to have the chance to give continuity to my musical relationship with the members of the IPO”, said Noseda who has recently conducted the IPO in Jerusalem and Tel Aviv during the celebrations of the 100th anniversary of Gustav Mahler’s death. “To be a part of this great orchestra’s musical history and future is humbling for me. I thank Maestro Mehta, the orchestra and the administration for this exciting opportunity”.

As Chief Guest Conductor, Maestro Noseda will regularly appear with the IPO in Israel and participate in other future projects.