As I reported yesterday, the RLPO management are going ahead with a concert conducted by Roberto Minczuk, who has sacked half the musicians in the Brazilian Symphony Orchestra, describing some of them as ‘amateurs’.
Tomorrow, the distinguished pianist Cristina Ortiz will give a concert in Rio with the dismissed musicians. She has asked me to post the following appeal to the RLPO in the hope that its management and musicians will reconsider the  Minczuk engagement. 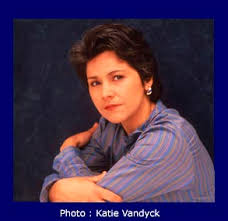 Here is what she writes.

Having only arrived in Rio to join the maligned body of musicians from
the OSB in a protest performance next Saturday, it is with disbelief
that I read the above statement from the RLPO.

It is utterly lamentable that the inhuman behaviour by the OSB
Foundation and its present chief conductor, is been considered an
‘internal matter’:  the fact that any one leader in the world of Music
— an Art form of the highest spiritual content — is allowed the power
to dismiss so many dedicated professionals > is untenable and insane.

Instead of complete and unashamed solidarity, we hear that this unjust
madness has nothing to do with lack of integrity or ethics!

Be aware, fellow musicians: it could happen to you all: if the
opportunity of great financial profits — mainly undisclosed — were to
arise, unlikely  though it may seem in the UK.

It would have been heroic : the ‘last drop’ coming from your
orchestra’s refusal to accommodate the  presence of a musician who
needs to be shaken back into reality!

Most cordially but yet feeling deceived and let-down,

The case of the missing Master »