The American conductor Kenneth Woods is about to present the sixth symphony as part of a complete Mahler cycle that is being staged in Wrexham, North Wales.

Now how brave is that?
Mahler wrote the sixth  for the best professionals of his time and collapsed in tears at their inability to achieve the effects he sought. A century later, the technicalities are within the grasp of practised amateurs but the language of the symphony and its embedded ambiguities require more study than hard-working people can usually spare in their leisure hours.
So hats off to Wrexham, and to Kenneth Woods, for their courage and determination. It’s on February 26. Don’t forget the date. The concert is sponsored by Cobalz, makers of an anti-Alzheimer’s drug.
Press release below.
photo: BBC 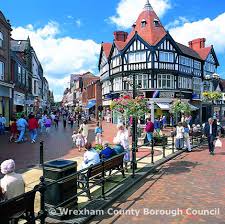 KENNETH WOODS’ 2011 REPLETE WITH
FRESH EXPERIENCES AND WORLD PREMIERES
1 February 2011 Mahler looms large for Kenneth in 2011, appropriately enough during the 100th anniversary year of the composer’s
death. On 26 February, he will conduct Mahler’s Symphony No. 6 with a most unlikely ensemble, the amateur but
eminently able Wrexham Symphony Orchestra who are ambitiously embarking on a complete Mahler cycle. Kenneth
is the ideal proponent to kick off Wrexham’s mammoth project, with the skill to motivate the musicians as well as
rally the community around an experience they’ve likely never encountered before. Whilst Music Director of the
Oregon East Symphony, an ensemble in a tiny American rodeo town long called the “most remotely situated
symphony orchestra on the planet,” Woods curated and conducted what came to be known as the “Redneck Mahler”
series. This highly unlikely undertaking quickly drew regional and national attention in the US music world.
For the first half of his Wrexham programme, Kenneth will present a lecture-demonstration on Mahler’s Sixth
Symphony with the orchestra on stage. The event, and the entire Wrexham Mahler project, is sponsored by Cobalz
Ltd., developer of the Alzheimer’s drug Cerefolin, with proceeds from the concerts funding research and social
support for the burgeoning epidemic of dementia.
Kenneth’s first recording of Mahler’s music is equally enterprising, having chosen Schoenberg’s chamber
arrangements of Das Lied von der Erde and Lieder ei

nes fahrenden Gesellen. The sessions of Mahler’s first and last

song cycles followed a November concert – hailed by the Stratford Herald as “Mahler of quite exceptional quality” –
with the Orchestra of the Swan, the innovative Stratford-based ensemble who named Kenneth Principal Guest
Conductor last year. The recording is due out on the Somm label in May 2011.
These projects fall in step with Kenneth’s lifelong involvement in the music of Mahler, beginning with his career as
an orchestral cellist. He has broadcast and written extensively about the composer, including Mahler, a Performers
Perspective, a blog specially commissioned by The Bridgewater Hall for the 2010 Manchester in Mahler Festival,
winner of a South Bank Sky Arts Award.
Kenneth’s discography grows further when Avie releases his second recording of music by Hans Gál – the worldpremiere
recording of Symphony No. 3, coupled with Robert Schumann’s Third Symphony, “Rhenish”, an apt
pairing given the continental Briton’s scholarship of Schumann’s works and his book written for the BBC Music
Guides, Schumann Orchestral Music. Kenneth’s first recording of Gál’s music also featured world-premiere
recordings, of two concertante works for violin and the Triptych for Orchestra. Conducting Northern Sinfonia,
Gramophone singled out Woods’ “highly polished account, with the orchestral playing throughout most assured.”
The recording of the Third Symphony is scheduled for release in June 2011.
Kenneth Woods, 2011 – page 2
In May, Kenneth celebrates the first anniversary of his conducting debut with the Orchestra of the Swan by
returning to their Spring Sounds Festival, which this year takes on an East meets West theme. On the 27th,
Kenneth will open Spring Sounds conducting two pinnacles of 20th-century American repertoire: Three Dance
Episodes from Copland’s Rodeo and Gershwin’s Rhapsody in Blue with pianist Viv Maclean. On the 28th, Kenneth
will conduct the European premiere of a Shakuhachi Concerto by James Schlefer – himself a Grand Master on the
Japanese flute who will be the evening’s soloist – and the world premiere of Haru No Umi, or “The Sea in Spring”,
by Michiyo Miyagi, a work for strings, shakuhachi and koto featuring Yumi Kurosawa, one of the most exciting
young performers of Japan’s national instrument.
In addition to his commitments with Orchestra of the Swan, Woods has guest conducted the BBC National Orchestra of
Wales and Northern Sinfonia, among others. As a commentator on music, Woods has been heard on BBC Radio 4’s
Today programme, NPR’s Morning Edition, and is widely read online, particularly on his engaging blog A View from
the Podium, one of the 25 most read classical music blogs. With a growing reputation for combining astute
performances and insights with frank opinions about modern musical life, Woods is swiftly making an indelible
impression on the UK’s musical audiences.
* * * * *
All media enquiries: Melanne Mueller, melanne@musiccointernational.com, 020 8542 4866